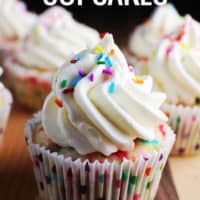 These homemade funfetti cupcakes are moist and delicious with a light, fluffy frosting that tastes just like vanilla ice cream!

Disclosure: This post contains affiliate links. If you make a purchase through one of these links, I will make a small commission, at no cost to you. I will never recommend anything I don't personally use and love! 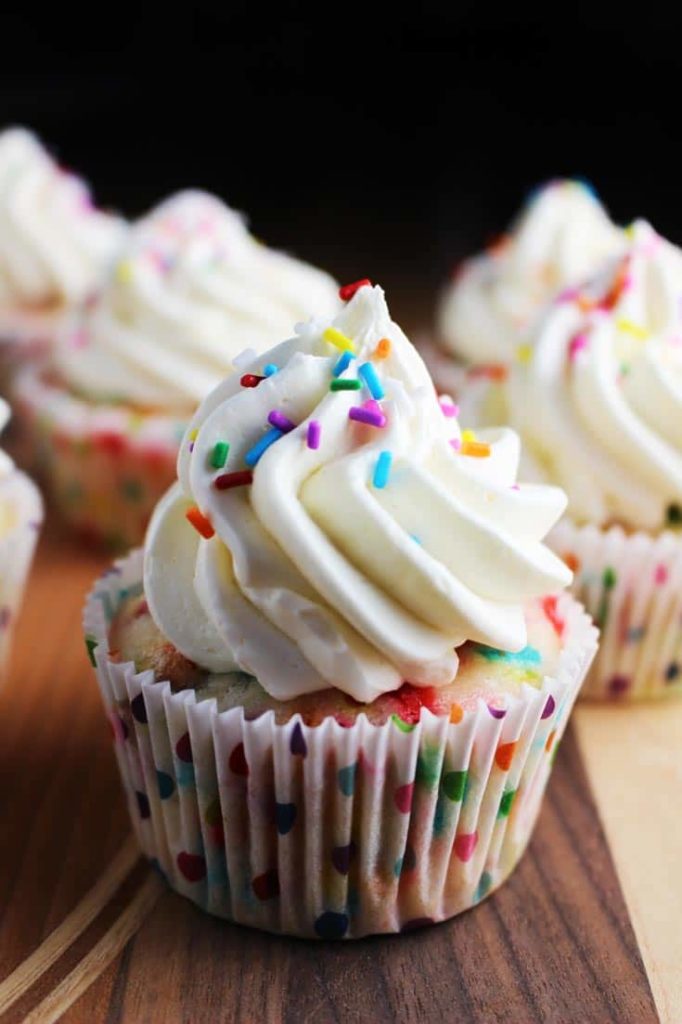 Like many people, the older I get, the less I view birthdays as something to celebrate, and more as a reason to crawl under a blanket with a pint of Häagen Dazs.

But this year most of Phil's friends (and Phil himself) are turning 40! That one doesn't usually slide by unnoticed.

One particular friend of Phil's had a 40th birthday party last weekend and his girlfriend asked me to make some cupcakes.

I've been seeing funfetti cupcakes around the web for a while, and the whimsy of them always appealed to me. But to be honest, I never really thought they would come out of my kitchen.

If I had to choose between a vanilla and a chocolate cupcake, the latter would win every time.

This time, however, I needed more than one batch, so these are one of two kinds that I made (guess what kind the others were). And not only were these funfetti cupcakes adorable, but to my surprise, I really loved them!

Boxed mixes have nothing on this moist, flavorful vanilla cake. But vanilla frostings are something I've struggled with for years. American buttercreams are usually cloyingly sweet and heavy, while meringue buttercreams tend to be too rich and buttery for my taste. 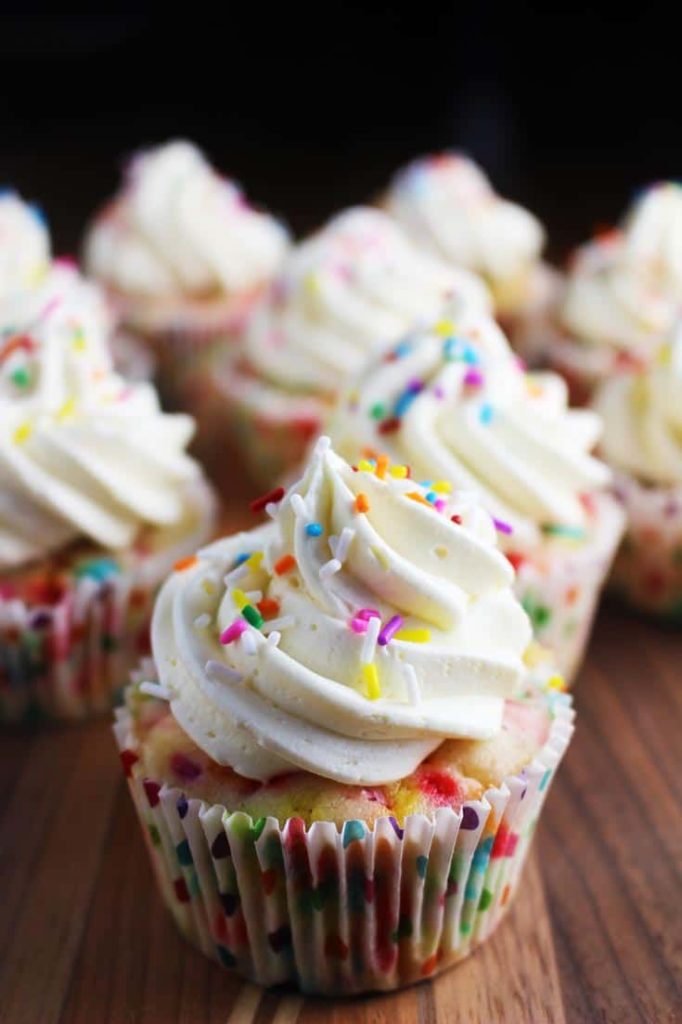 So, when I need a white frosting, I almost always go with tangy cream cheese. However in this case, the cupcakes would be at room temperature for hours before the party, and I find that cream cheese frosting is better refrigerated - as much for its tendency to be softer and meltier as for any potential risk of souring.

Ultimately I went with an American buttercream, but added some whipping cream to keep it lighter and less sweet. It ended up tasting just like vanilla ice cream!

Birthday parties for people that come up past my waist are something I don't regularly attend these days. And after a long week of battling a cold, I didn't make it to this one either. But I regret that now because this party involved a really sweet surprise proposal. At least there is a video 🙂 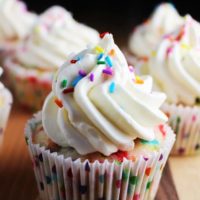