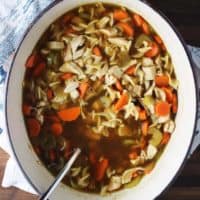 With a flavorful broth and lots of chunky vegetables, this homemade quick chicken noodle soup is comforting medicine for days when you're under the weather. 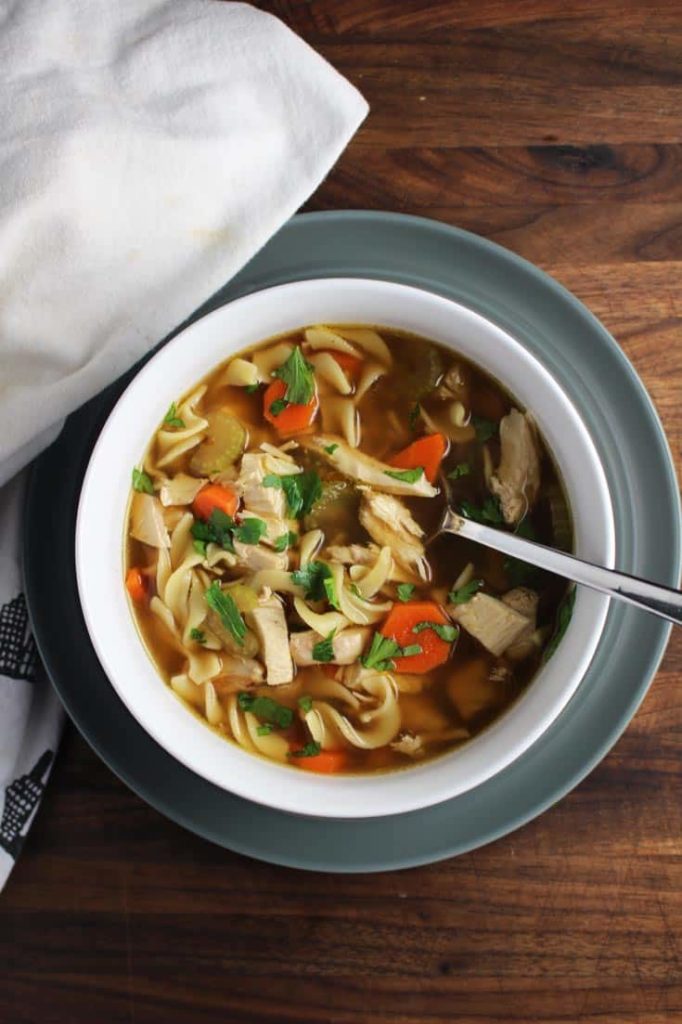 This week, the three of us were hit with a cold. First the baby (I know he's two but I cannot stop calling him that). For him, it was a case of the sniffles that had zero impact on his mood or general rambunctiousness.

Next was Phil, who was hit pretty hard, but didn't let that stand in the way of playing multiple hockey games, in addition to work, laundry, etcetera, etcetera.

Then there's me. I stayed home from work, watching This is Us episodes with a box of kleenex that is as much for my eyes as for my nose (seriously. every. episode). Me, wrapped in a blanket, scheming ways to get out of making dinner. In my defense, this cold seemed to get progressively worse as it made its way down to me (hey-I had a fever!).

I hope I am always the last one to get sick though. Because while I was feeling fine and everyone else was suffering, I got to make this quick chicken noodle soup. And it has been the best medicine.

For chicken noodle soup, an endeavor that usually involves hours of stock simmering, this is pretty fast. You can make this one in under an hour, but if you think "quick chicken noodle soup" is an overstatement, let's call it Quicker Chicken Noodle Soup.

(That said, if you're already sick, and spending an hour in the kitchen is just the last thing you want to do, this Chicken Tortilla Soup is equally comforting, and you can whip it up in less than half the time. If you're also the kind of person who perpetually has an open can of chipotle peppers in your fridge, you might even have everything you need on hand to make it.)

The shortcut to the broth involves browning the chicken parts before simmering them in water. This results in a richly-colored broth with amazing flavor in less than half the time. 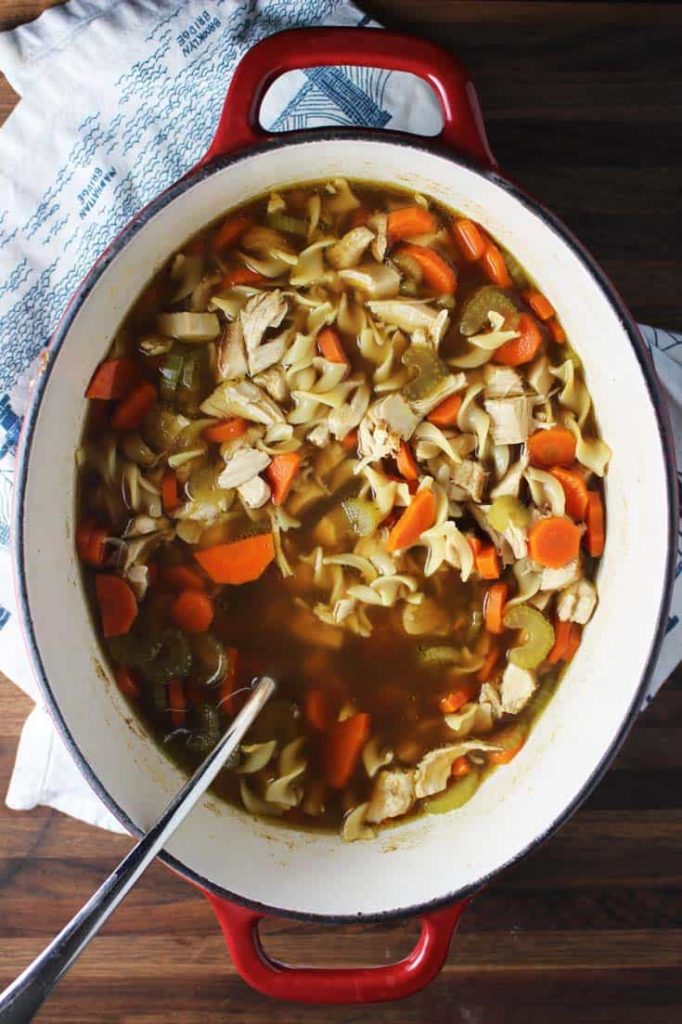 Here's an interesting thing. In this case, I used bone-in, skin-on chicken breasts because that's what I had. But if you chop up a whole chicken, or use parts with lots of bones, you may find that your soup becomes gelatinous after you refrigerate it. This really alarmed me the first time I made chicken noodle soup. But don't worry, it's just the collagen from the bones, and is actually a sign of a good, rich stock. It melts back into the soup you know and love as soon as you heat it up a bit. 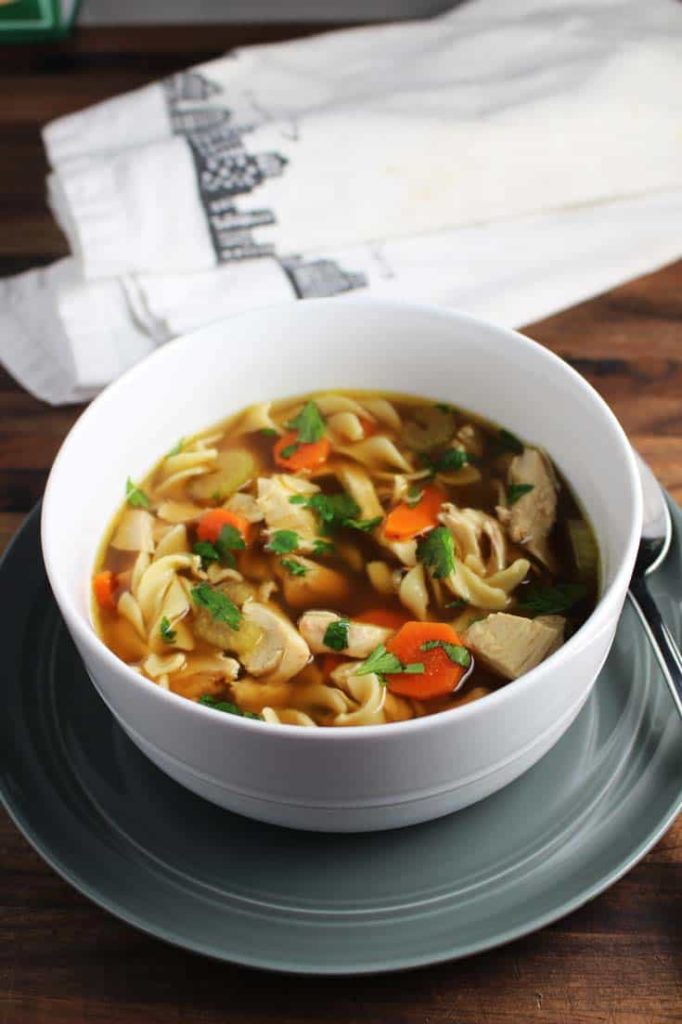 The short simmer time for this quick chicken noodle soup means that you'll also have lots of (non-rubbery) leftover chicken to use for things like this cranberry walnut chicken salad, another favorite brought to you by my idol, Deb, of Smitten Kitchen. 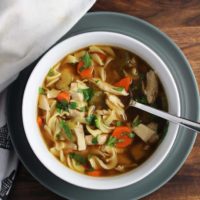